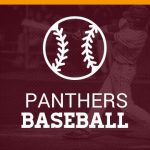 Zach Overholt and Bryce Jackson parlayed their stellar junior seasons into some post-season accolades. Both Panther baseball players were named to the All-Lakelands team, which is put together by the Index Journal at the end of each season. Bryce Jackson, Panther starting shortstop and pitcher, was this year’s South Carolina Baseball Coaches Association’s Player of the Year.  Jackson had a

All cookie dough orders must be turned in by Friday, March 20th! All forms should be turned in to Coach DuBose. Please help support our young people.