-Gone, in a flash. A flash of lightning. The Panthers game with Lincoln County was cut very short because of lightning in the area. Although the Panthers were leading 10-7 and on the 3 yard about to score again, the game was called off due to weather. Lincoln County couldn’t resume the following day, or later in the night for some unbeknownst reason, so the game was officially recorded as a draw. This week we move on to Newberry. The first road game of the season for the Panthers. Let’s take a look at how these programs stack up in our weekly preview.

The Bulldogs of Newberry play in Region 3-AAA and are coached by the legendary Phil Strickland. For six straight years they recorded 10 or more wins under Strickland’s leadership. Last season was somewhat of a rebuilding year for them. They finished 5-6 and got bounced in the first round of the AAA playoffs by Southside High School. Strickland is looking to turn this season around and get 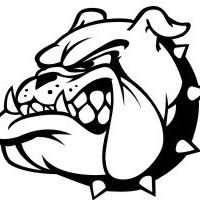 Newberry back to their winning ways. The Bulldogs did not have a game last week, so this is their home opener. The last time the Panthers and Bulldogs squared off against each other, the Panthers rolled to an easy 49-0 victory. That was only the third win in the all time series for the Panthers. Abbeville is 3-4 all time versus Newberry. Friday’s game, should Abbeville win, will tie the all-time series at four games each.

The Panthers are frustrated. They just want to play a game. Last week’s stop and go flow to the game reminded me of a racecar, stuck in a traffic jam. The team is ready to get in a rhythm, they want to play four full quarters and really show what they’ve got. Last week versus LC the offense really got rolling when the played with an upbeat tempo. No standing around after a play. To the line, get the play call and snap the ball. It worked well for them as they put together a nice drive before the game was cancelled. That tempo seemed to create the spark that the offense had lacked this pre-season. Other than Dylan Beauford‘s field goal, and JD Moore‘s touchdown pass to Quadarius Guillebeaux, the offense was quiet. The defense on the other hand was dominate. The defensive line was unblockable and that allowed everyone else to fly around and make plays. I look for more of the same this Friday at Newberry. The weather is supposed to be nice, so it’ll be fun to get to see the Panthers in a full game this week. Hopefully, that racecar will get out of traffic and get to open up all eight cylinders.

The game will begin at 8pm due to the heat index. Come early, be loud and let’s support our Panthers in their first road trip of the season. As always…