Are you not a fan of Thursday night varsity football? Blame Luke Bryan. The country star is holding his “Down on the Farm” tour in North Augusta on Friday night. Fox Creek Head Coach Derrick Quinn reached out to Abbeville Athletic Director Tad Dubose earlier this summer suggesting a time change for the game because of the concert. They agreed to play on Thursday. So here we are. Week seven of the regular season (I can’t believe it’s already week seven) and week two of region play. Lets take a look at how the Panthers and the Predators stack up against each other.

Fox Creek can be considered new blood. The program began in 2006 under coach Russ Schneider. They endured a rough start, winning just 5 games over their first four seasons. Since then, it’s been a steady climb for the Predators. 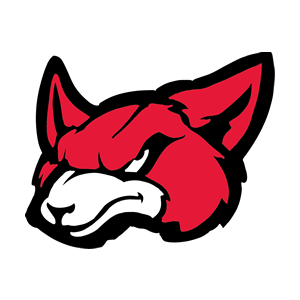 A couple of eight win seasons saw a slight drop off last year as the Predators finished 6-5, including a first round loss to Chesterfield. This year Fox Creek is 3-2 (0-1) on the season with wins over Wagner-Salley(19-12), Johnson(33-8), and McCormick(42-6). They have since lost two straight to Crescent(35-29) and Ninety Six(41-17). This is the first ever meeting between Abbeville and Fox Creek.

Panther Head Coach Jamie Nickles had this to say about Fox Creek, “They are definitely a good team. This will not be a show up and win type of game. We don’t have any of those types of games on the schedule. The size of Fox Creek impresses me. Their quarterback might be 250 pounds. And they like to sling it. They are heavy on RPO, this is kind of a RPO region, so we’ll get to see that a lot. Fast, they have some real burners. It’ll be a great challenge for us.”

The big QB that Coach Nickles speaks of is #3 Cam Mitchem. He’s 6’2 and listed at 235lbs. He is completing 53% of his passes this season. He’s thrown eight touchdowns to just one interception. His favorite target is Junior Wide Receiver Jatonious Butler. He’s a speedy slot guy who has 16 catches and five touchdowns on the year. The Predators are not just an aerial attack team, they are balanced and like to run the football out of four and five wide receiver sets. Leading rusher Darius Curtis averages 8.2 yards per carry and has scored five touchdowns on the ground so far this year. QB Cam Mitchem also gets his fair share of carries, he leads the team in carries, and is second on the team in yards rushing with 245 yards. If Mitchem gets in a rhythm and Fox Creek finds rushing lanes, they can be dangerous.

Defensively Fox Creek returns the majority of their team from last year, including the entire front seven. Linebacker Errius Ishmal leads the team with 62 tackles and 11 tackles for loss. Jalen Jennings has 41 tackles, and defensive line mates Terreco Ramage and Bobby Mays have combined for 60 tackles and 21 tackles for loss this season. As a unit, Fox Creek has an amazing 56 total tackles for loss in their five games. They make teams play behind the chains and it allows them to be more aggressive with blitzes and unique coverages.

With Abbeville (5-0 – 1-0), what you see is what you get. You know what’s coming offensively. Stopping it is an entirely different animal. Speed, speed and more speed. It’s not coachable, it’s not attainable. You either have it or you don’t, and Abbeville has a lot of it on both sides of the ball. So much so that the Panther running backs are as fresh as a daisy at this point in the season. Offensive Coordinator Mark Smith has done a tremendous job spreading the ball around to all of his playmakers. Quarterback JD Moore leads all ball carriers (50-535-9) the first number is carries, followed by yards and then touchdowns, he’s followed by Courtney Jackson (33-332-6), Ja’Bryan Sanders (21-274-5), and Dominick Washington (30-274-2). As you can see by the numbers, each ball carrier is averaging 10 yards per carry, or just under. That’s incredible. All of that would not be possible if not for one of the best offensive lines that Abbeville has fielded, well, maybe ever?? Jake Hill, Trai Jones, Conner Nickles, DaDa Bowie, DeMichael Johnson and tight end Tillman Allen have been steady as a rock all season. They are punishing opposing defensive lines and helping the Panthers rush for 330.6 yards per game while averaging 51.2 points per game. Those are PlayStation numbers that are being played out right before our very eyes each week.

The Panther defense is special this season. They’ve faced option teams, traditional pro/ I-formation teams, spread teams that like to throw, spread teams that like to run and they’ve shut all of them down. The Panther D led by defensive coordinator Tad Dubose is allowing 10.4 points per game. I’d love to single out the defensive line, or the linebackers, or even the secondary as being the key reason for the success. The thing is, you can’t just point to one position group. This defense is really good at every level. Speed is again the culprit. Abbeville’s defensive lineman (tackles -tackles for loss-sacks) Nate Temple (25-6-4.5), Carson Smith (35-6-3.5), Ar’Darius Burton (22-4) and Ami’leon Mattison (13-2-1), when they don’t make a play behind the line of scrimmage, they are making room for Linebackers Luke Evans (35-2), Cruz Temple (20-2-2int) and Tyreke Campbell (37-4-1) to roam free and wreak havoc. The secondary locks down receivers and provides great run support with David Cobb (29-2), Malik Leach (23tkls), Quadarius Guillebeaux (20-1-1) Joc Norman (23tkls) and Jhalyn Shuler (24-4). Collectively the Panther defense has caused 15 turnovers this season and only allowed their opponents to complete 9 of 58 third down conversions. With this defense, and kicker Dylan Beauford blasting every kickoff through the endzone, opposing offenses don’t have a great shot at scoring. The Panther’s are ranked unanimously #1 in AA and 4th overall in the state regardless of classification for a reason. They are historically good this year. How good? Come see for yourself Thursday night in Fox Creek.

The stadium is not at Fox Creek High School. Here is the address to the stadium, which according to Google Maps is about 1 hour and 20 minutes from downtown Abbeville.

As always…God Bless and Go Panthers!