The flowers are blooming, the pollen is thick and frosty nights are giving way to warm sunny days. Spring is here and as April slowly drifts by us, things are really beginning to heat up with the varsity baseball and softball teams. The playoffs begin next week and both Panther teams are set to begin their push to win it all.

The varsity baseball team has endured the regular season with a stellar record of 12-4. However, the last week hasn’t 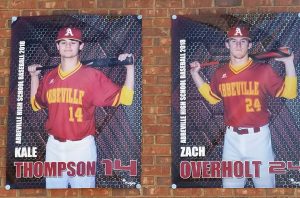 been kind to the boys of summer. They’ve dropped 3 of their last 4 games and they’ve been hit with the injury bug as well. Last night (Wednesday) was Senior night, and the Panthers honored their seniors before the game. Jay Marshall, Kale Thompson, Bryce Jackson and Zach Overholt were presented with plaques and a standing ovation from the Panther faithful. The emotion and spirited beginning of the game didn’t help the Panthers secure the victory as they dropped the non-region contest to Crescent 7-5. Absent from the line up was Bryce Jackson, who leads the team in batting average, RBI’s, on base percentage and stolen bases. Also absent was Matthew Ellis, the Panthers lead off hitter and a steady mainstay in the outfield and on the mound for the varsity boys. The Panthers will play at BHP tonight at 6:30 to wrap up their 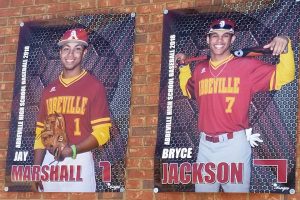 regular season schedule, with another non-region contest. That’s when things get interesting. The 2018 AA State Playoffs begin on Tuesday April 24th. As of this moment, the Panthers are slated to host St. Joseph’s Catholic Knights in the first round. That’s about as much as can be determined at this time. A win next Tuesday could put the Panthers on the road for a Thursday match-up with either Cheraw or Chesterfield. A loss on Tuesday, and well, who knows right now. Either way, show up and support the Panthers Tuesday, as it is the only guaranteed home game in the playoffs at this point, but again, that could change tomorrow.

If you think that’s confusing, get a load of this. The varsity girls are in a three-way tie for 2nd place in the Region. The possible playoff scenarios ahead of the Lady Panthers would make a calculus professor go cross-eyed. Last night the Lady Panthers scrapped and clawed their way to a 11-10 victory over Liberty. Tied at 8 after regulation, the game went 9 innings and the girls in garnet scored 3 runs in their final at bat to bring home the victory. The Lady Panthers saw the ball well on Wednesday as Talissa Cannidy, Reghan Steifle, Kristen Smith, Sarah Beth Ferguson and Sydney McCurry all hit multiple hits on the night. Here’s where the confusion hits. The 2nd, 3rd and 4th seed in the playoffs will be determined tonight in a three way playoff. Tonight at 5pm the Lady Panthers will play Braisher Middle College at BHP. Should the Lady Panthers win, they will have to play again at 7pm tonight versus Liberty. Should they win both, they will secure the 2nd seed in the playoffs. Should they only win the first game, they are in 3rd place, and should they lose the first game, they will be the 4th seed. The higher the seed, the more chances they will get to play at home, on Buddy Collins Field. We could spend all day hypothesizing what, when and where they will play after tonight. Instead, we’ll let the cards unfold with the games tonight and wish our Lady Panthers the best of luck as they make their push into the playoffs.

Check back for a more clear playoff picture as soon as the official brackets are set, which should be on Monday. And as always….